“Reacting to the found object (the cast iron form at the top of the work), I utilized a combination of angular materials – bricks and steel – to create a rigid structure and weight that would help the arched line of the cast iron to stand out as a focal point” commented McCue on his work. “My inspiration for this sculpture was the idea of an oven, which to me represent change. Ovens convert things from one state to another and I found this reference intriguing as I sought to contradict nature with the work.”

Later on in the history of the work, McCue added the “5” design on the bricks as somewhat of a nod to the industrial-type abstractions of Charles Demuth. The contrast between nature and industrialism is where the artist feels this work makes a strong connection to Michigan and its history. The many natural resources of northern Michigan created a pathway for the development of shipping, iron smelting operations, lumbering and saw mills, copper mining, etc. With iron production specifically, the ovens were vitally important in removing impurities from the iron ore and were fed by northern Michigan’s lumber. In fact, these operations themselves provided a transition point from the natural to the industrial. While A.M. symbolically celebrates modern industrialism through its form and materials, it is also meant to remind us of our own manipulation and control of the environment. 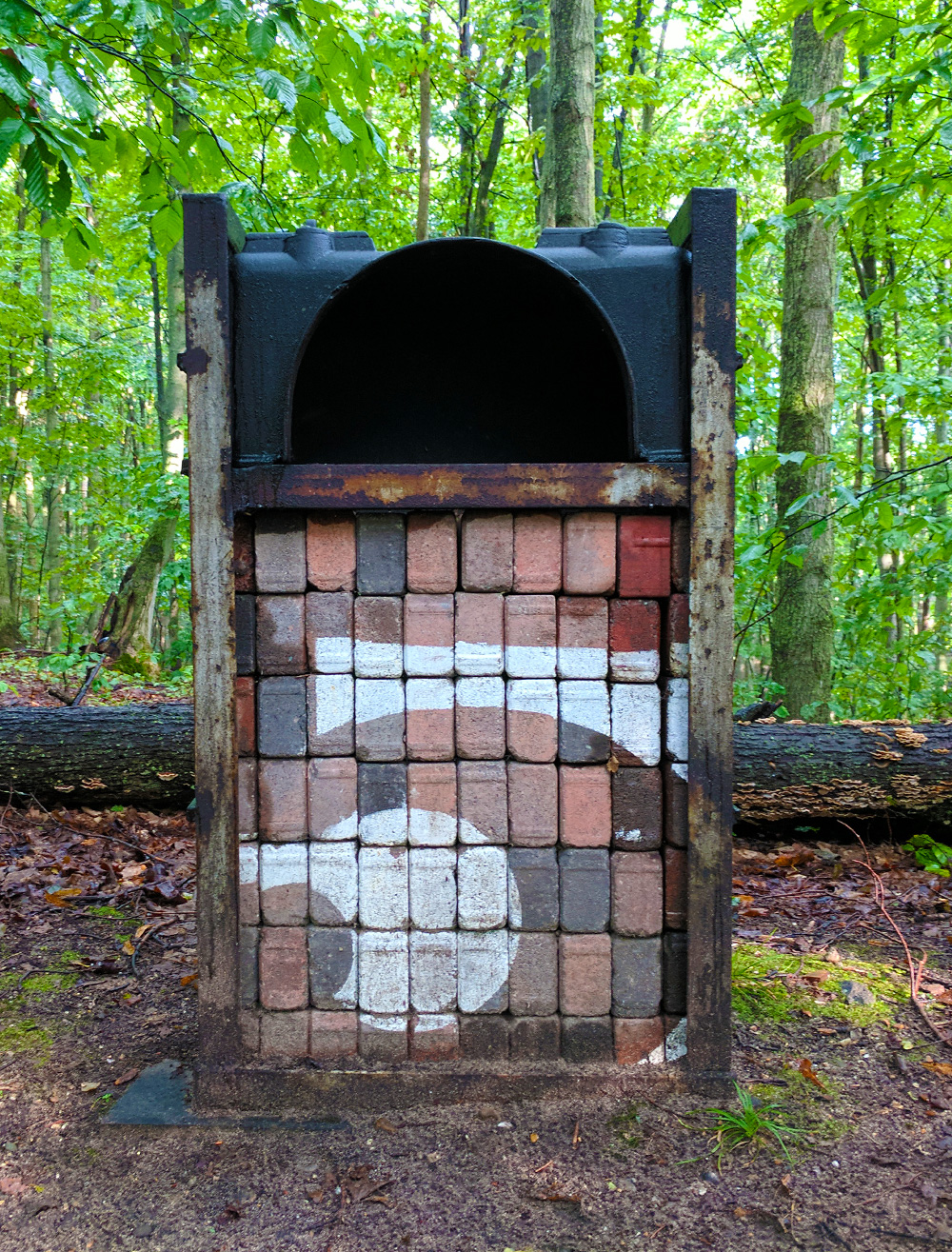