Created in 2000 to commemorate the 100th anniversary of Ernest Hemingway’s birth, this work, like the short story by Hemingway from which the piece is named, reflects the author’s fascination with the relationship of humans with other beings in their natural environment. The work is designed to graphically pay tribute to Ernest Hemingway’s Michigan connections and his pure, elegant writing about Michigan’s natural beauty. The piece consists of eight smooth stones engraved with fragments from “Big Two-Hearted River,” a classic short story by Ernest Hemingway. The stones are aligned in a facsimile of a dry river bed.

In the short story the main character, Nick Adams returns from World War I injured and disillusioned about the world. He embarks on an adventure to Michigan’s Upper Peninsula and fishes in the fictional Big Two-Hearted River. Nick works at “living deliberately” as the key to seeking through the restorative and recuperative powers of nature. In order to do this, he feels that he must isolate himself from the rest of humanity until he regains his own sense of sanity and humanity.

In 2016, a new “Trout” was created by Artist Kulak and added to this installation as a replacement for David Barr’s original. 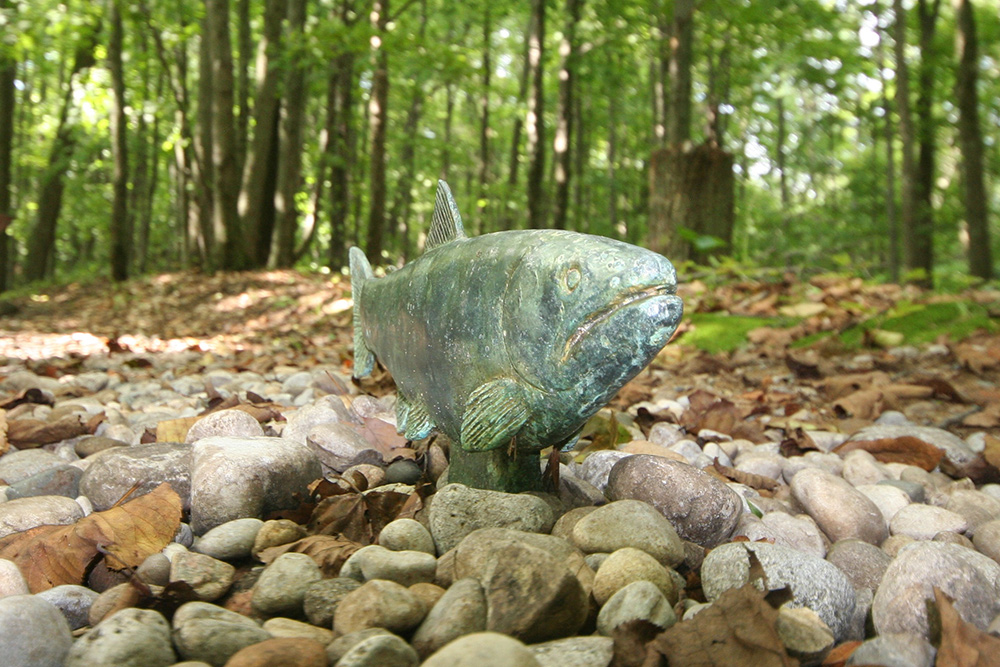 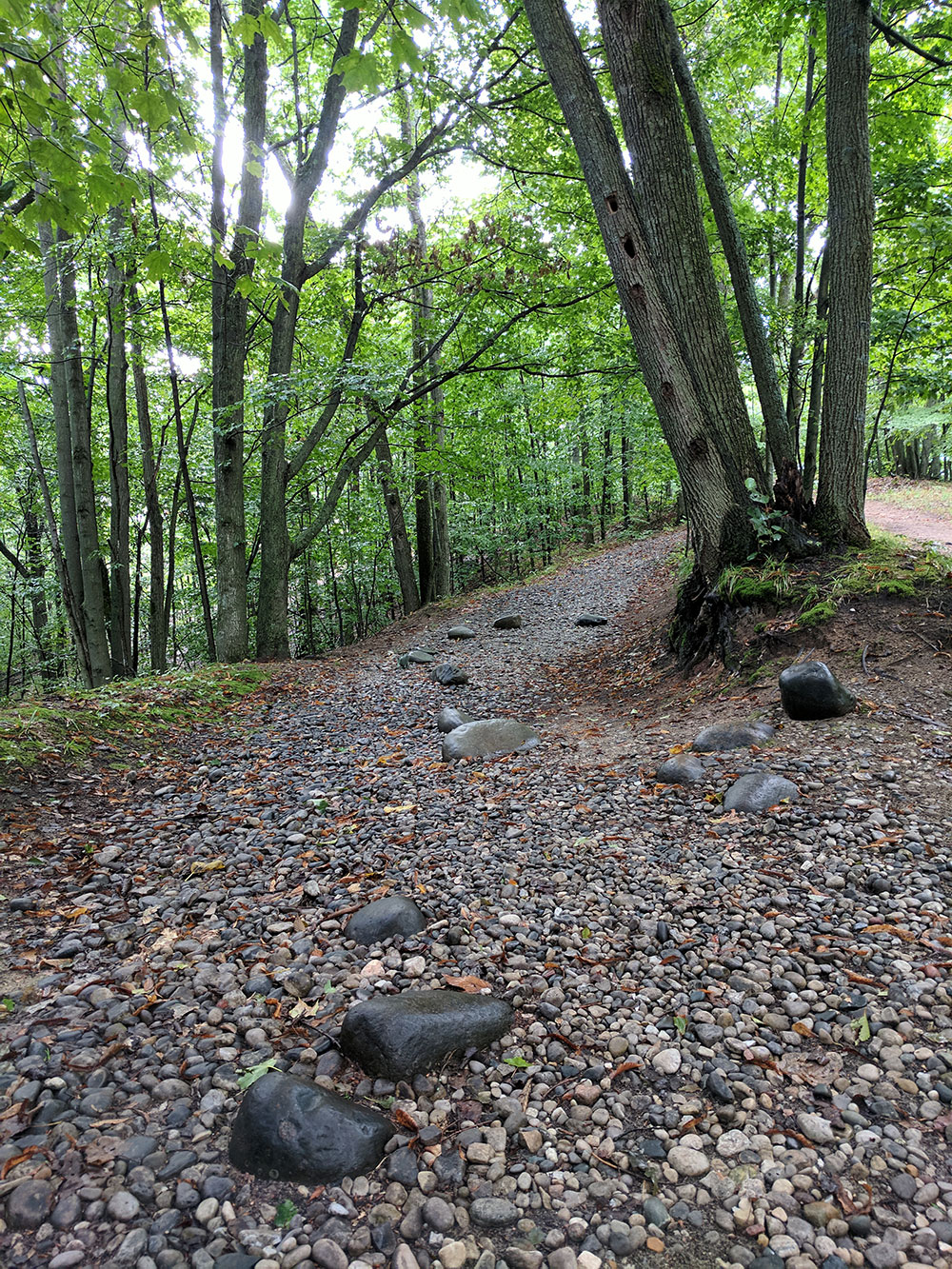 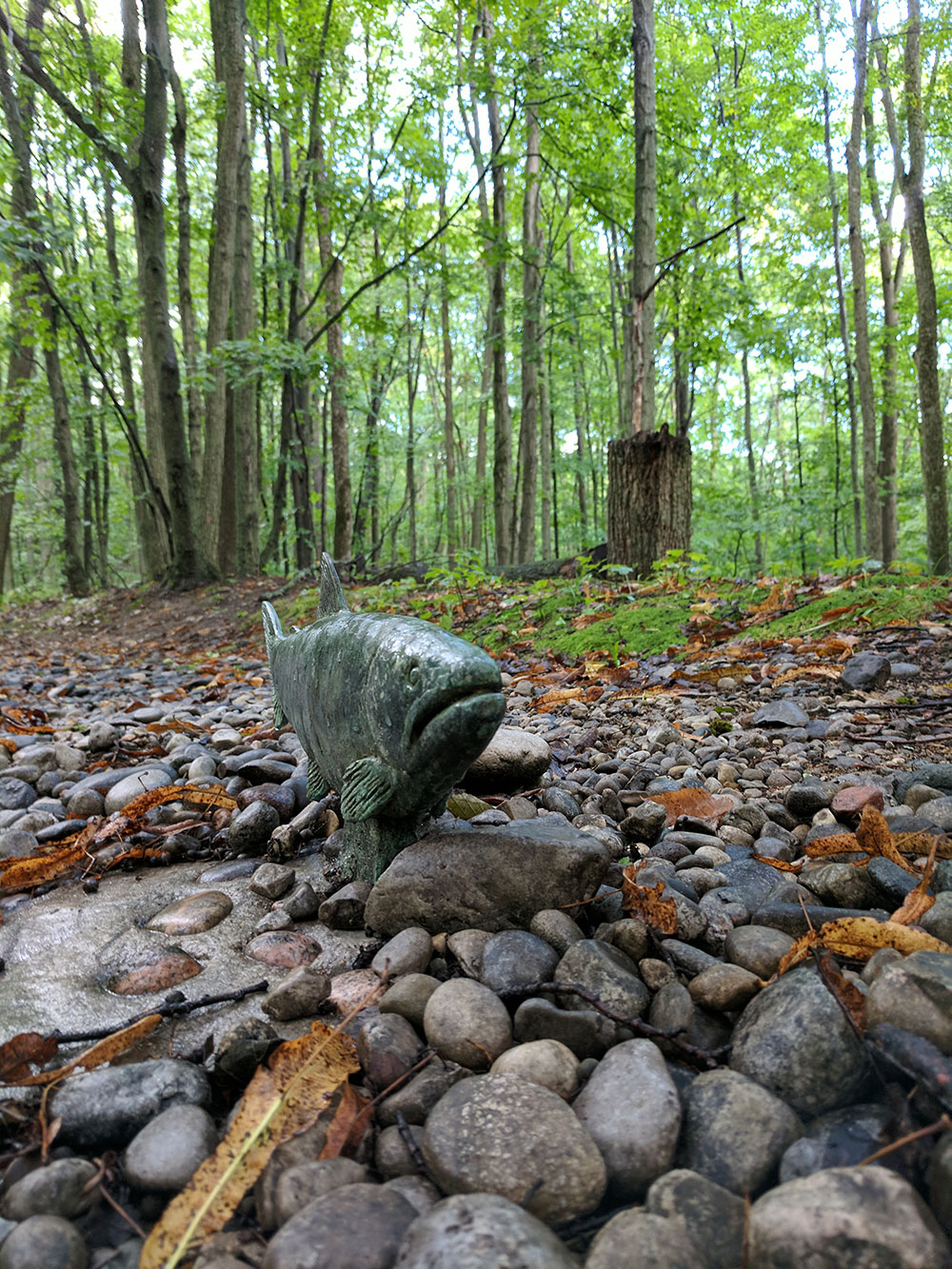 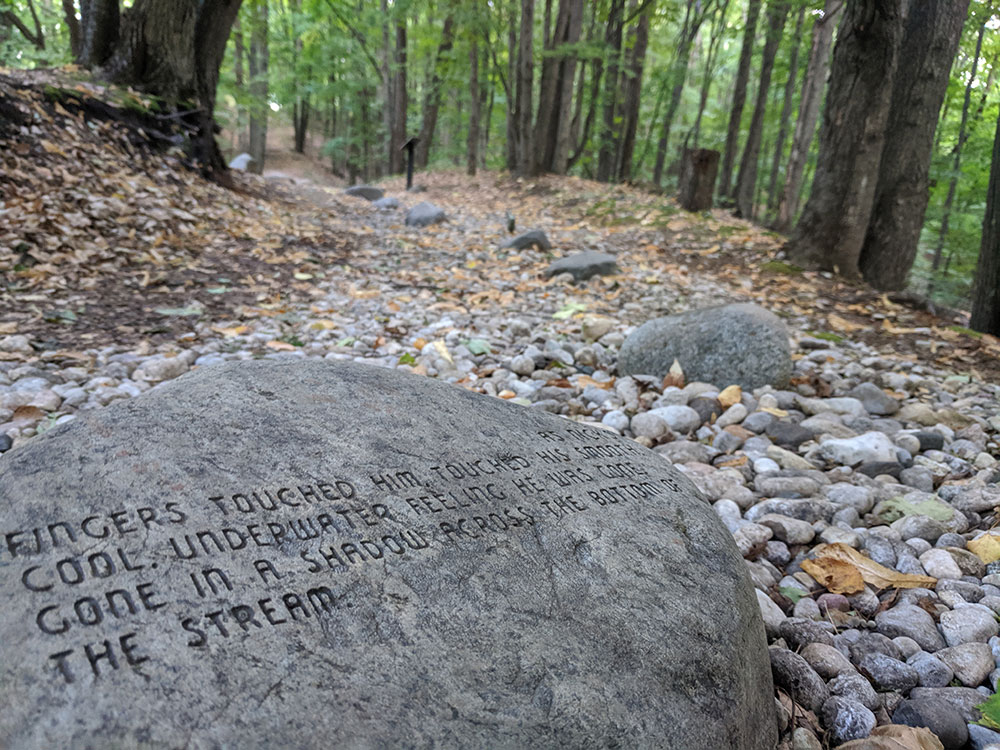