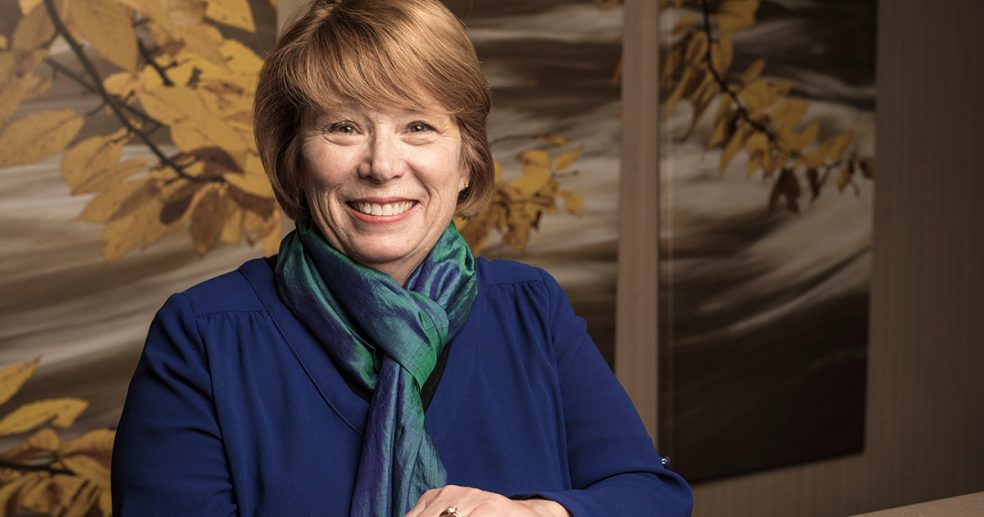 Each year at the Legacy Gala, we present the Legacy Award to an individual or group of people who have made a significant, positive impact on Michigan’s arts, history, culture, or environment. The 2018 Legacy Award will be presented to Marsha Smith of Traverse City, in recognition of over four decades of community building in northwest lower Michigan.

Marsha found herself on a path to nonprofit leadership through her efforts on the founding board of Women’s Resource Center in Traverse City. From there she honed her expertise for fund development at Paul Oliver Memorial Hospital and Interlochen Center for the Arts. She was Executive Director of Grand Traverse Regional Community Foundation in the early nineties before joining Rotary Charities, where she has served as Executive Director since 1996.

Through her work with Rotary Charities, Marsha has played an instrumental role in many noteworthy projects in the Traverse City region, including the Discovery Center and Pier, The State Theatre, the Watershed Studies Institute, The Grand Vision, NorthSky Nonprofit Network, and many more. She is particularly proud of the evolution Rotary Charities has experienced over the past twenty years, from traditional philanthropy to a changemaking organization.

Marsha’s nomination for the Legacy Award came with great words of praise from several influential members of the northwestern Michigan community, who emphatically attest to her personification of Rotary Charities motto, “Service Above Self.”

It is with great privilege that we present the award to Marsha Smith at this year’s Legacy Gala. If you would like to join us in recognizing Marsha Smith’s impactful work by sponsoring or attending the event, details can be found on the Legacy Gala page.

Home Blog Marsha Smith to be Honored with Legacy Award