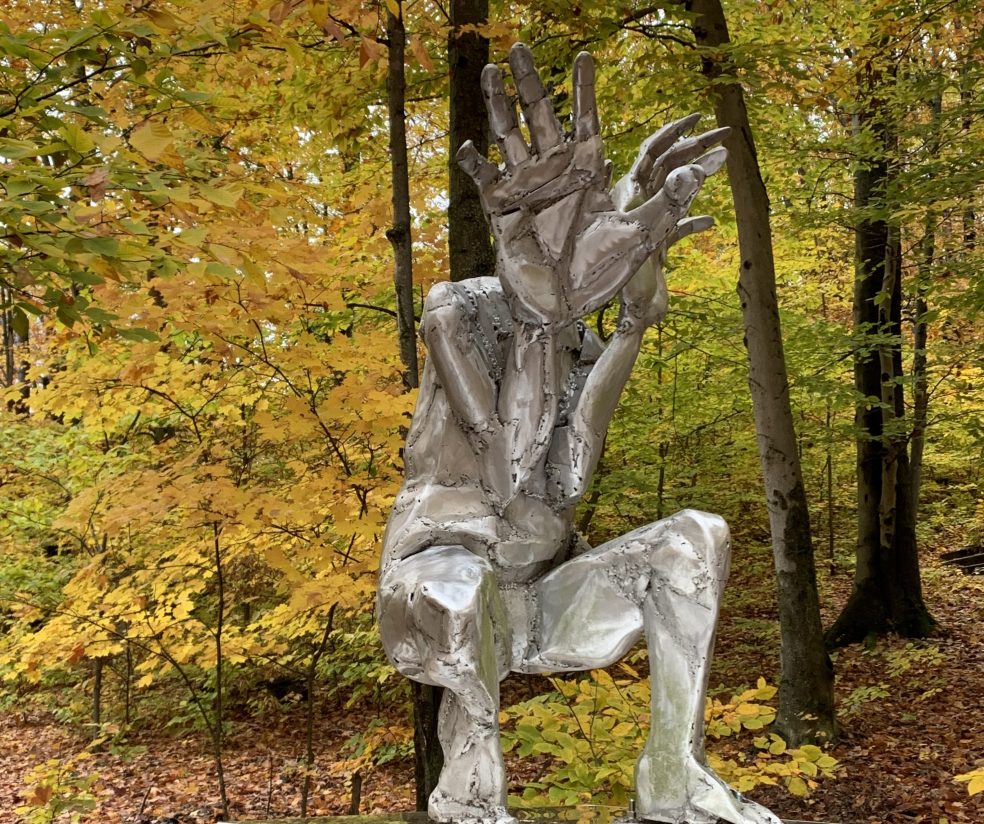 Kara James hails from Michigan, graduated from the School of The Art Institute, and is represented by Chicago Sculptors International. She makes abstracted figurative narratives in public and private scale focusing on longevity in wood, stone, metals, message, and in public consumption and digestion.

In 2020, James was selected to install a new temporary work into the park for two years. Handmade Revolution (2005) was inspired by the anti-consumerist, handmade movement that has been gaining momentum since not long before the sculpture was created. At the turn of the century, some green fringe notions became a direction for some parts of society to instigate a revaluation nationwide of traditional ideas, including personal responsibility and accomplishment. The role of manufactured goods and the homogenization of the cultural economy became suspect, and with a lack of trust or money to continually reinvest in corporate production, and lack of alternative, people began to make things for themselves.”

“As sure as the Sears Catalogue affected generations, and then the the mall, now we have Etsy, and other platforms for work made by hand. The shape of ‘Handmade Revolution’ was pieced together with scraps from the recycle bin and pounds of weld. The sculpture was made to champion the individual and the work that is made by hand, and to herald the efforts of artists and artisans for making it real, and for those that are still trying.” — Kara James