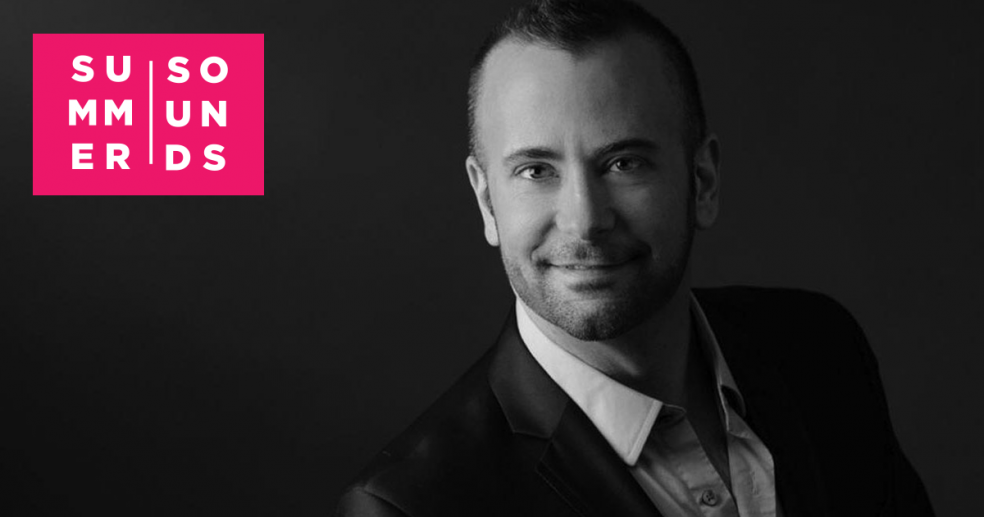 For the final concert of what has been an incredible 2016 Summer Sounds concert series, we are honored to welcome acclaimed countertenor Terry Barber back to the Art Park. His performance in 2015 was a huge hit, and we are so delighted to have him return this Saturday night.

The ability to perform as a countertenor is a rare one indeed, with possibly fewer than fifty true countertenors performing in the world today. Terry Barber has taken his skill around the world, with solo, group, and opera performances at some of the greatest performance halls and under the most accomplished conductors.

He also gives back to the musical community as an instructor along with the nonprofit organization he founded, Artists for a Cause, which helps visual and performing artists to use their talent for community improvement, as well as impacts tens of thousands of schoolchildren throughout the U.S. and Canada.

Terry Barber will be accompanied by Steve Larson on piano and Jacey Kepich on clarinet.

Tickets are available online right now, and also at the door Saturday night.

Terry Barber will return to northern Michigan on August 2, this time at The Ramsdell Regional Center for the Arts with a very special concert to benefit The Ramsdell and Michigan Legacy Art Park.

Have you been singing your whole life? How did you first get involved in music and at what point did you recognize it as your career calling?

I started private voice lessons at 7, but it was my kindergarten teacher that ‘discovered’ my talent and would ask me to sing for the class. I entered my undergraduate program as a double degree student in engineering, but knew I liked music more.

You regularly perform a wide variety of music in your own style—from classical to contemporary to pop. Is there a type of song you particularly enjoy performing?

I love all kinds of music, but believe that all songs with words should be theatrical. I like classical, musical theater, and popular music the most.

Performing in the forest at the Art Park amphitheater must be a relatively unusual experience for someone like you. What’s another unique venue where you’ve had a chance to perform?

The Art Park is a gorgeous setting for music. I love acoustically beautiful spaces and have been able to perform at many great halls in the usa and abroad. The Sheldon Concert Hall in St. Louis, where I now live, is wonderful. With Chanticleer I performed at the Metropolitan Museum sculpture garden in NYC. That was beautiful to look at and listen to as well.

This week you’ll be accompanied by some great local musicians—Steve Larson on piano and Jacey Kepich on clarinet—what are the challenges of working together with new musicians, and what is something you enjoy about those collaborations?

We are doing this show with one rehearsal, so the challenge will be in giving a polished performance that appears as though we have been on tour together forever. I have heard great things about them and we already have a rapport online. lol

In 2009 you founded a nonprofit arts organization Artists for a Cause. Can you share a little about this organization? What compelled you to launch this effort? What impact have you seen as a result over the past seven years?

Artists for a Cause supports artists who serve community needs. The organization helps hundreds of visual and performing artists a season to use their talents in a meaningful way to meet the critical needs of the communities they live in. The “dance for food” program alone has raised over 25,000 lbs of food to feed the needy. I founded the organization after losing my mother to cancer. I wanted to use my talent to stop cancer and needed a mechanism.

When someone attends your show, what do you hope they walk away feeling or saying or doing?

I hope they consider ‘classical’ more entertaining than they had previously. I hope they are surprised by my voice and what is possible. I hope they hear many of their favorite tunes delivered in a way they hadn’t previously.

What are you listening to these days? Any musical discoveries you’re excited about?

There are great artists in every genre. I get sick of the same 20 artists in the radio and try to dig deeper into regional artists since the industry doesn’t support them in a fair way.

Accompanist Steve Larson has played in recitals and chamber music festivals throughout the Midwest including the Absolutely Amadeus festival, the Manitou Music Festival and Chamber Music North. As a dance accompanist, Mr. Larson served as company pianist for the Milwaukee Ballet and has played for Minnesota Dance Theater, Alaska Dance Theater, Hubbard Street Dance Chicago, Ballet Hispanico and others. He has made dance accompaniment CDs for Aquarian Sound and Brio Recordings. His compositions have been performed by violinist Hal Grossman, the Concord Chamber Orchestra, the Interlochen Arts Academy Choir and the Backyard Recorder Consort. His improvisational skills are frequently put to use accompanying silent movies. Mr. Larson is currently organist at Grace Episcopal Church in Traverse City, Michigan.

A native of northeastern Pennsylvania, Jacey Kepich began her musical training on piano at age eight and clarinet at age ten. She continued her studies at Roberts Wesleyan College in Rochester, New York, where she won the 2007 concerto competition and was named a Presser Scholar, graduating with a Bachelor of Arts in music and communication. She earned a Master of Music in clarinet performance from the University of North Carolina at Greensboro. In addition to her musical pursuits, she received a Master of Library and Information Studies degree from UNCG and is currently the Assistant Music Librarian at Interlochen Center for the Arts. Locally, Jacey has performed and volunteered with the Traverse Symphony Orchestra, and is a founding member of the Red Trillium Trio, a classical woodwind chamber ensemble.